Canada Mortgage and Housing Corporation (CMHC) has just released its latest housing forecast and news is underwhelming, to say the least. The provincial economy is in the doldrums and the analysts at the government agency are predicting very little change between now and the end of 2014. All indicators are pointing to slow to no growth over that period. One big factor affecting the overall health of the provincial economy in general and the housing market in particular is population change and demographics. According to the report, we had a net out migration of 1,737 people in 2012 and the prediction for 2013 and 2014 is not much better – minus 250 and plus 500 respectively. And for the first time ever, the latest census indicated that deaths outstripped births in Nova Scotia. Interestingly, the much touted and highly promoted idea that the federal shipbuilding contract would change the provincial economy for the better was not even mentioned in the latest CMHC report. Probably the best way to summarize the report is to provide the reader with a few headlines.

Here is a brief summary of the Halifax outlook – I’m presuming they mean The HRM – and what CMHC thinks is in store for our region. First, as I mentioned, there will be little or no change in the population numbers. Secondly, the provincial economy is expected to grow at one and 1.5% respectively in 2013 and 2014. Most of that meagre growth will take place in urban Halifax/Dartmouth. Thirdly, demographics continue to trend towards a continually aging population. According to census data, Haligonians aged 65 and over increased 13.5 per cent between 2006 and 2011. The aging population will contribute to a shift from single family homes to rental apartments and condominiums. These factors will influence the housing market in a mostly negative way and CMHC does not expect to see much in the way of growth in the real estate sector. Our summary of the report continues below with a few headlines.

Mortgage Rates to see Modest and Gradual Increases, but will Remain Low. CMHC expects an average 5.28% five year fixed rate in 2013 and 5.53% in 2014. Personally, I think rates may go a little higher as the U.S. economy is starting to show signs of life and, if Europe finally realizes that austerity is not how you grow an economy, we may see a much faster world wide recovery and the attendant inflation that would drive up interest rates higher than predicted. Just a thought.

Rental Unit Starts Will Slow or Decline and Vacancy Rates Will Increase. CMHC expects starts of new rental units in 2013 to remain about the same as 2012 (about 1,400 units) and to slow to about 1,100 units in 2014. And guess what? The vacancy rate for rental apartments will increase; from 3% in 2012 to 4% in 2013 to 4.5% in 2014. This should put a damper on construction of new apartment buildings over the next few years – particularly large buildings, like the mega project recently approved for Irishtown Road in Old Dartmouth.

Existing Home Sales to Decline. Resale home sales started to decline in the latter part of 2012 and in the first quarter of 2013 sales were down 31%. The Housing Market Outlook Report has no good news on the resale front. MLS sales will decline by 7.4% in 2013 and in 2014 sales are predicted to increase by 3.6%. On a personal note, I don’t buy these numbers: First, in the first quarter of 2013 we were down 31% so it would require a major rally of home sales to get us to minus 7.4% by the end of the year. Secondly, with a stagnant economy and little or no population growth, I would be surprised if we see any growth in MLS sales in 2014. That, of course, could all change if we experience some unforeseen economic good news in the province or if the world economy takes a serious turn for the better in the near future. We can hope. 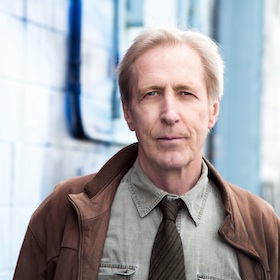 Trevor has operated his own real estate brokerage in the Halifax/Dartmouth area for more than twenty years, first as First Realty and for the past seven years as Innovative Real Estate.