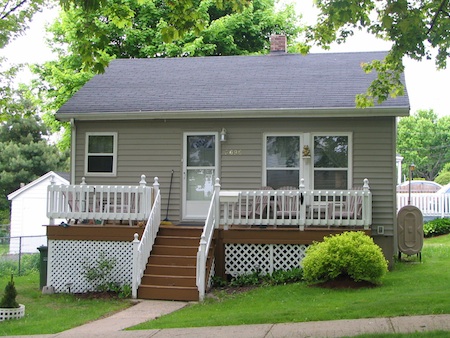 History: Originally set out as ‘farm lots’, the West End was largely undeveloped until the 20th century. Starting in 1930 this area became a location of choice, still on the peninsula, but away from the city. The subdivisions that took place at that time retained the names of country estates: Willow Park, Westmount, Windsor Park and Westwood.

Parks and Recreation: The West End is defined by a number of small parks interspersed throughout the area. There is also The Halifax Forum for hockey, skating and other community events, a number of baseball and soccer fields, Flinn Park (off leash dog park) and Horseshoe Island Park on the North West Arm, to name a few. The West End is also famous for a unique subdivision, Westmount, designed with winding garden paths and generous park land. It was built on the site of Halifax’s first airport. Westmount has the most parkland and the lowest density of any neighbourhood in the urban core.

Schools: St. Catherine’s Elementary, Westmount Elementary, Oxford School, St. Agnes Junior High, Citadel High. Here a link to an excellent tool which tells you which schools your children will attend based on the address where they are living. Click here for the Home Address Lookup Tool

Shopping: West End Halifax is perhaps best known for its shopping opportunities. In 1936 this area became home to the first “shopping centre” built in Halifax. Today, Halifax West is home to 3 substantial shopping centres: the West End Mall, Halifax Shopping Centre and The Village at Bayer’s Road Professional centre. There are also a large number of small shops and ethnic restaurants along Quinpool Road which borders the West End. 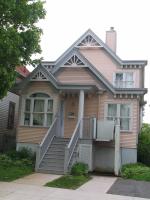 Home Styles: The area consists primarily of single family housing with some apartment and condo complexes but not nearly as many as in other areas of the city. Styles range from the same pre-fab homes found in the North End, to the turn of the century “Halifax” houses, to some modern infill properties that fetch top dollar. There are also some elegant and very large character homes along Quinpool Road and Connaught Avenue.

The main appeal of The West End is its central location. Residents can walk, bike or take transit to the universities, hospitals or downtown without paying the much higher South End home prices.

Getting around: The West end is a great place to travel by bike, since it is one of the few neighbourhoods in Halifax/Dartmouth without hills. In fact, most of the Peninsula – with the exception of Downtown – is pretty level and the city is slowly and grudgingly becoming more bike friendly.

Walking and, of course transit are also good travel options.